Theresa and I spent last week in Arizona. Her belly is getting bigger and she wanted a little relaxation time before our new addition arrives in August. 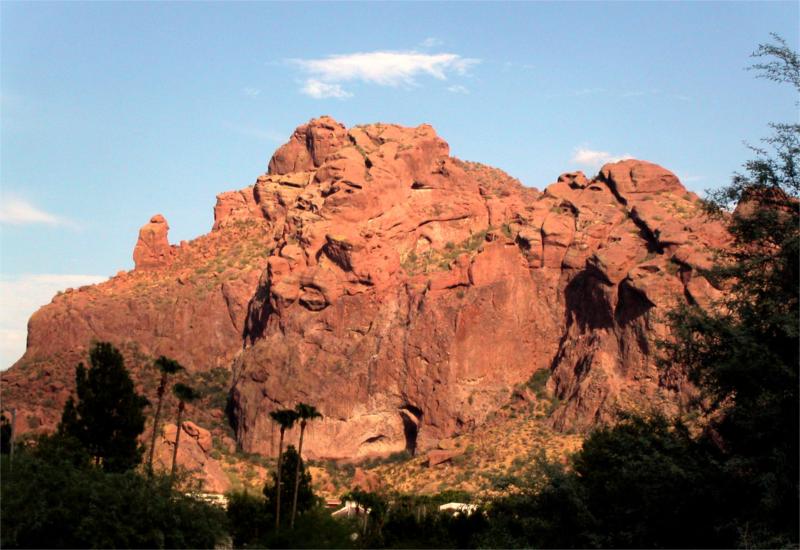 I've never been to Arizona before, nor spent much time in a desert (I don't think Vegas counts), so it was quite the culture shock to see all the giant cacti everywhere and feel the heat.  We stayed near Camelback Mountain and I decided to do a little day hiking while I was there to explore a little.

There are several trails on Camelback that are very short, but fun none the less.

On Saturday I decided to take the Echo Canyon trail to the summit. It's a very short 2.4 mi (round-trip) trail with about 1,200 ft of gain. I normally enjoy a little solitude when hiking – so decided to avoid the crowds and be on the trail at 5:30 am. Boy was I in for a surprise!

At 5:20 am, I arrived at the trailhead to find the car park jam packed.

The trail starts out easy enough with large log steps leading the way on the trail. The scenery here is stunning with incredible reddish rock formations off to the side. 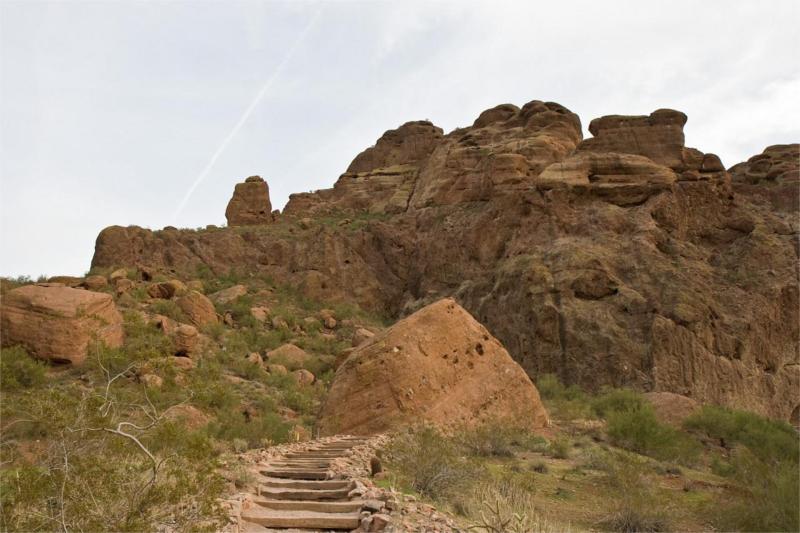 The beauty of the boulders made me wish I had a pair of rock boots and a chalk bag with me, and I could dwindle a few hours bouldering around.

On the way up I passed by a large 12 foot cactus that was flowering. The flowers were swarming with bees hard at work.

The trail climbed quickly up towards the ridge on the left. It soon leveled off and entered an area that was caged in with chain link fence. I assume to prevent people wandering off the steep side.

Immediately after the chain link was a 'hand rail' cemented into the rock to aid with the now steepening climb. The rock was passable without the handrail, but you needed to be confident of your footings. 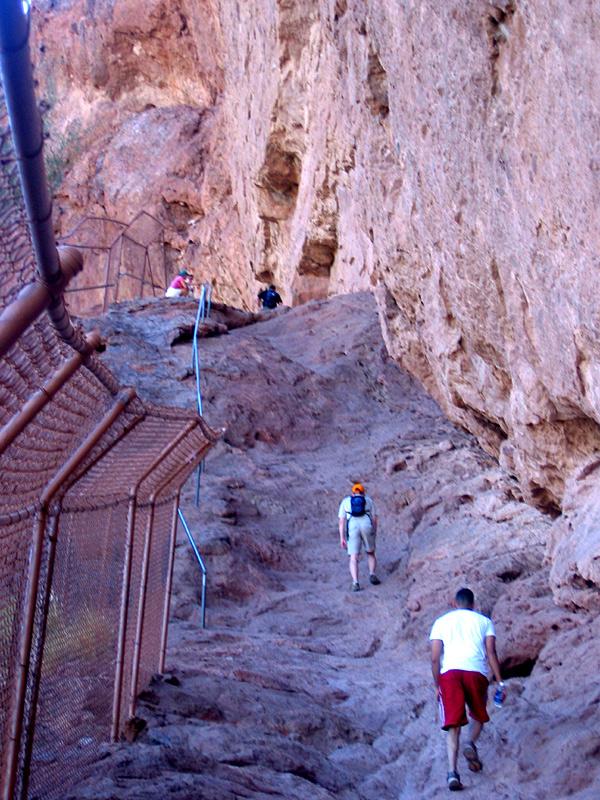 I was amazed at both how crowded the trail was, and mused at how varied the trail goers were. I don't think I have been on a trail this crowded in the Pacific Northwest – I must have passed a different person every 50 yards or so – either coming down, or slowly moving up.

The crowd made for great people watching – there were serious hikers with Camelbaks and heavy boots, there were trail runners doing a 3-trip laps – up and down – up and down, there were tourists with cameras that looked like they had just got off a tour bus, there were hip young couples wearing blue jeans, perfume and make-up. There was a man carrying a baby on his back and countless dogs. It's 5:40am for gods sake!!! Where did all these people come from??

After the second set of rails, a few twists and turns, the trail finally starts heading up the last seep section to the summit. 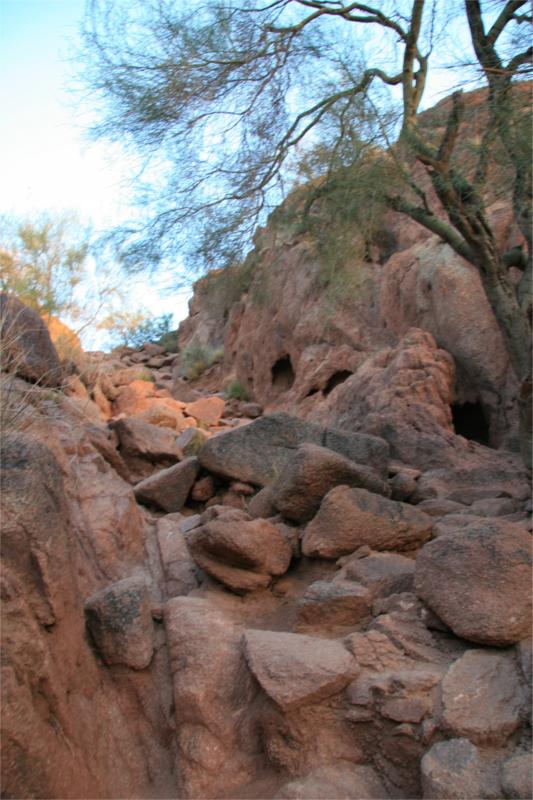 The views from which, were expansive and urban. The sprawl of Arizona spread out before me – mostly flat with the occasional rock burst jutting out of the ground.

It took me about 35 minutes to reach the top and about 20 minutes to get back down again. It's a quick hike – but highly recommended if you are in the area. I have no idea when you would go to avoid the crowds – perhaps make it a mid-day hike with a mylar umbrella and an asbestos suit?

I have a new found respect for the chapter of Beyond Backpacking about hiking in the desert that I blissfully ignored before.

I didn't take my camera – so thanks to Cobalt123, TeechNosPos, Daniel Greene and phxpma for graciously sharing their flickr photos via Creative Commons.