Google Earth release version 5.2 earlier this week. A wicked new feature is the ability to import GPS data and create a fly-by movie of your trip.

Check out this cool sample video for an idea of how it works:

Climate Change is undisputedly upon us, and while the exact future ramifications are uncertain – some of the predictions are scary. If they hold true – some amazing coastal hikes like the West Coast Trail simple won't be there for future generations to enjoy?

The wilderness forests that we walk in when backpacking not only give us immense visual and environmental pleasure, but are working hard to pull Carbon Dioxide out of the atmosphere and pump Oxygen back in, but we're cranking out way more CO2 than is fair for them to cope with. So what small things can we do to help combat the emission of CO2 into our environment?

One thing I looked at recently was my desktop computer. We have two of them in our home – and they are energy hogs. With the advent of broadband, it's convenient to be able to walk up-to a computer and search for answers – so they stay on. 24×7, 365 days a year. Even when we sleep. Laptops are less of an issue as they go into low-power mode, but desktops are hogs.

I admire the disciplined people in the world that turn on and off their PCs each morning and evening – but I'm just not that structured 🙂 So I dug in a little to figure out how I could automate things, and I thought I would share my findings with others on Blog Action Day.

The idea is simple – automatically turn off my computer when I go to sleep, and turn it on again in the morning before I am out of bed. This way, I never experience my computer being ˜off' – and it's always on when I want it. So what are the steps? Read on and find out:

END_OF_DOCUMENT_TOKEN_TO_BE_REPLACED

My friend Nigel leaves for the UK to start his TGO trip next week. He's planning on taking a SPOT communicator with him and having real-time updates of his progress available at his blog.

It shows his 'planned' route, and all points checked-in by the Spot. If you zoom out of the UK and into Seattle, you can see Nigel has been wandering between Redmond and downtown Seattle over the last few days, and either he swam across Lake Washington or the SPOT isn't all that accurate 😉

I for one, will be watching like a hawk and living my life vicariously through Nigel and Lynn, while getting fat eating donuts & coffee at my desk at Cisco. 😉

The company I work for (Cisco), just announced the intent to acquire Pure Digital – makers of the Flip, for a whopping $590m. The CEO of Pure Digital, Jonathan Kaplan, was in Seattle and spoke at our company meeting yesterday.

The flip is a very cool product. I'm not sure my backpacking trips are ever entertaining enough to want to shoot video – but I'm sure some readers might find the idea interesting.

If you haven't heard of it before (living under a rock?) then it's a tiny Digital Video Camera – about 4  x 2  and weighs a ridiculous 3.3 oz. It has built-in storage, but it's elegance it truly in it's simplicity.

Jonathan was a humble yet inspiring guy – his tenacity on simplicity really shows in the Flip. I've wrestled with camcorders, codecs, video problems, fire-wire connections and all sorts of mess in the past. The flip – is insanely easy – you just flip a switch on the side and up pops a USB connector. Plug it into your PC, some simple software runs automatically and hey presto – your video is on YouTube or off to your friends and family via a link in email.

It is truly in the league of an Apple product – something all consumer companies aspire to – but very few can ever achieve.

Windows Live Writer (which I use to post and edit my blog), shipped it's Release Candidate today as the official 2009 release. After the Vista fiasco, I was starting to loose faith in MSFTs ability to ship decent software. The Live Writer team has given me hope again – it's been a solid product from the start (with a good plugin-SDK backing it up), but it keeps getting better – especially with this release. 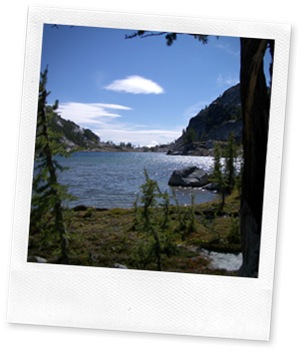 Kudo's to the Live Writer team on a great release – I look forward to using it more.

The morning sun is shining sparkles off the fresh snow and the clouds are starting to lift. It's very pretty on my desktop today. OK… first of all I have to introduce the man behind this amazing creation. 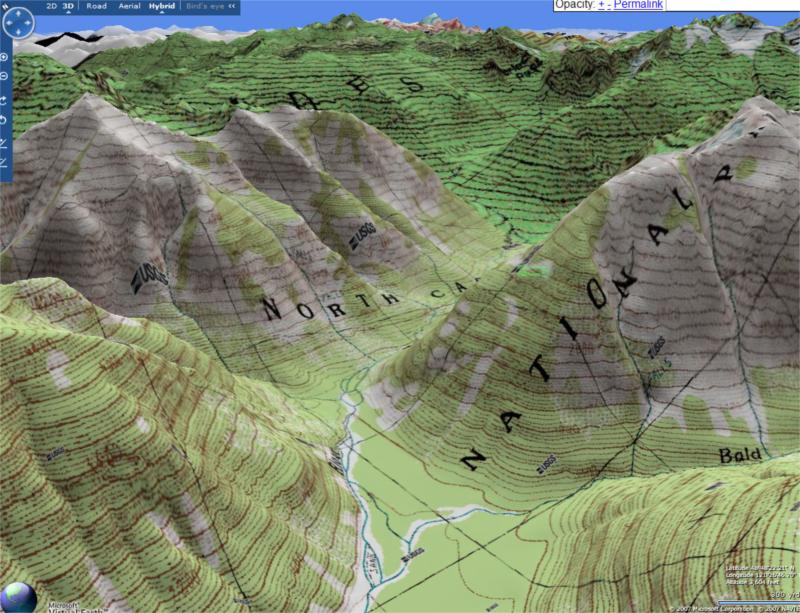 None other than Mr. Bill Snead. I was fortunate enough to get to hike (and double-turtle) with Bill on our WCT trip last year.

Bill currently works at Microsoft and is a very talented developer. While he may blow off his creation as "no big deal", I'm blown away every time I use it and am excited to see it stable enough that he's willing to share it with others.

So what is this "creation" I speak of?

Yeah yeah, big deal… Google has been doing this for a while, right?

Bill's mapping data has altitude information that allows for an incredible 3-D experience when viewing hiking trails and terrain.

Remember the topo-style pictures in my recent post about Little Annapurna? This is the tool I used to take those snapshots.

It now supports both FireFox and Internet Explorer (Windows Only, no Mac), and you can check it out for yourself at:

– Make sure you put the map in "3D mode" and download the necessary plugins.

– Hold down the CTRL key and LEFT mouse button and move the mouse around the rotate the image.

– Use the mouse-wheel to zoom in/out.

– Hold down the SHIFT key and LEFT mouse button and move the mouse around the pan the image.

– Depending on how "Zoomed-in" you are, different scale maps will load, over the topography.

IMHO – the results are staggering. Find your favourite trail and zoom right in and follow the contours and enjoy.

Inspired by a recent post by Sarah on the new High-Def Mt. St. Helens web camera, 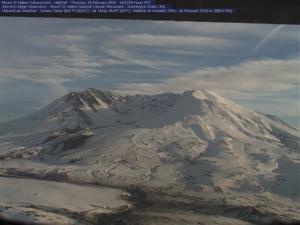 I jimmied up a little windows application that downloads the camera feed image every half hour and sets your desktop background.

I will say, after running it for a week where you could actually see the mountain (it's pretty socked in these days), it kind of made me happy.

Hour by hour, I got to see shifts in the clouds, and watch the sunset over St. Helens, and what I was watching on my desktop was consistent with the weather outside my window in downtown Seattle.

It's a pretty simple application right now, but if anyone other than me ends up using it I'm happy to add support for more camera feed etc. Although it really works best with high-def images.

You need the .NET 2.0 Runtime installed in order to run it.

Google just recently launched their "Terrain" overlay. Microsoft has had one for 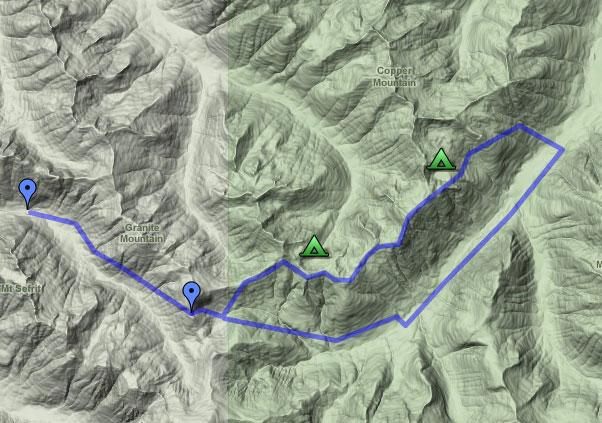 a while over at maps.live.com, but I like Googles version better. It's cleaner and more detailed.

I wonder if someone will create a website where hikers can start plotting out trails using a combination of the Google My Maps and Terrain features.

Something like this for all the hikes in the US, with clickable pushpins showing photos at that view point. How cool would that be?

Heck – I'd even go a step further and allow people to collaborate photos taken from the same view point, combined with Photosynth to give a 360 degree view.

I would love to hear from people who stumble on my site what software they use to manage their gear lists. 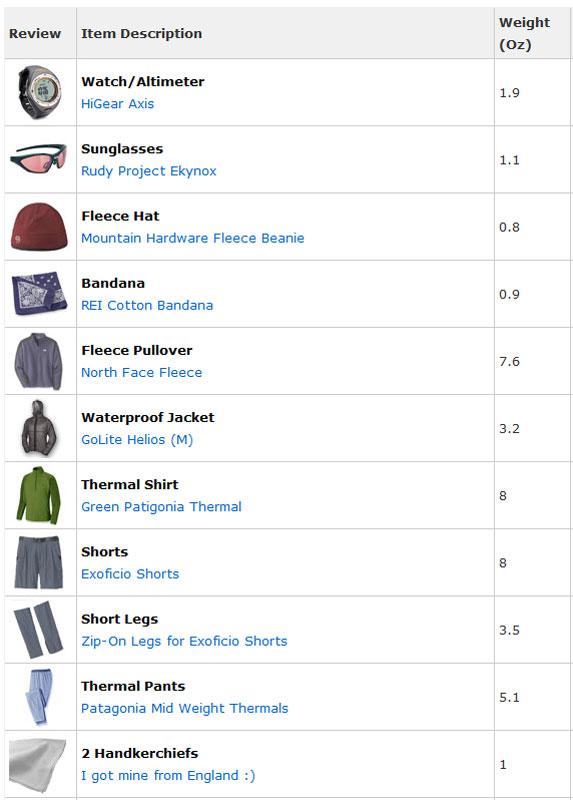 For day-day management, I simply have an Excel spreadsheet with stuff in. Then for my blog, I wrote a bunch of custom php code to allow me to easily edit my gear list page without dealing with HTML formatting issues.

I'm noodling on the idea of adapting my php/wordpress code into something that could be used by others.

Anyone out there? Hello? … 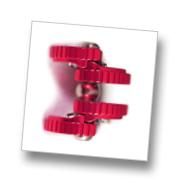 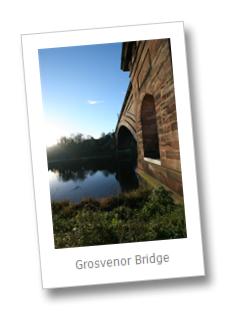