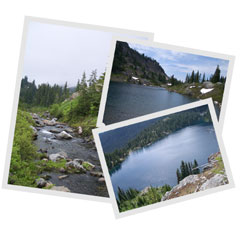 In July 2007, Theresa and I did a quick overnight to Rampart Lakes via Rachel Lake. This is a spectacular hike, about an hour drive from Seattle. Rampart Lakes are quite pretty – and somewhat reminiscent of the enchantments. Read on for the full trail description.

Permit Info: An overnight permit is required, and can be obtained from the Trailhead. Northwest forest pass required for parking.

Getting There: From Seattle, take I90 east. Take exit 62, 12.5 mi. after Snoqualmie Pass. Follow signs to Kachess Lake Campground for 5mi. Turn left onto Box Canyon road (#4930) for 4mi until you reach a junction. Turn left 0.2 mi to the parking lot.

Map from 100 Classic Hikes in Washington

The trail starts from Rachel Lake trail head, at 2899 ft. We left somewhat late in the day, knowing we had a relatively short 6 mi hike to the lakes. The parking lot was packed. This is a very popular trail on a weekend. Mostly day hikers, but a fair number of backpackers too. 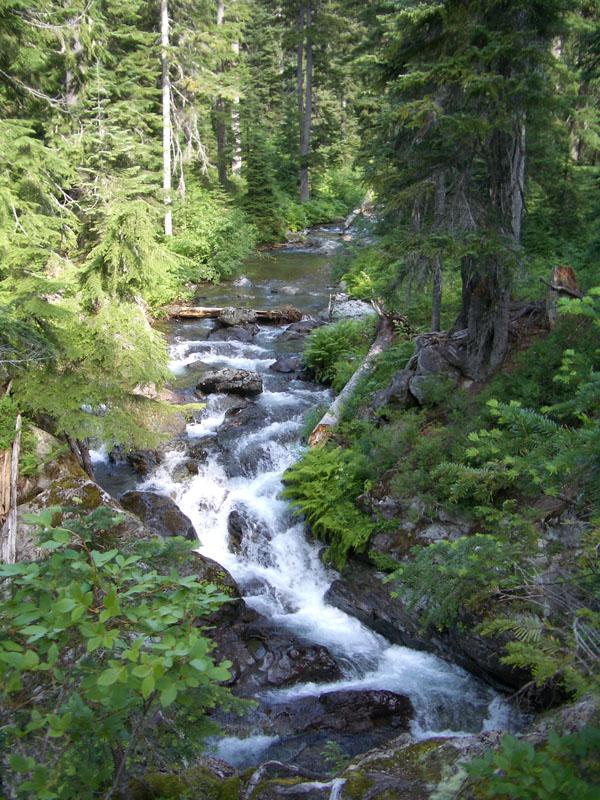 The trail starts of with a nice easy ascent along the creek. It is a very pretty in forest hike, the bursty views of the creek along the trail are excellent and it feels like you are deep in the wilderness – except for the crowds. After a mile or so, the trail passes a beautiful moss-covered set of slabs jutting out of the creek.

A little further on, we met two old ladies on the trail with another younger couple who had stopped the help them. The trail had several large trees down across it and one of the ladies had slipped while climbing over a tree. She think she had dislocated her shoulder and had it wrapped in a sling. They were in good hands, and the first couple were going to walk back to the car with them to carry her day pack. However, it reminded me that I ought to throw some stronger pain killers in my first aid kit just in case ibuprofen won't cut it. 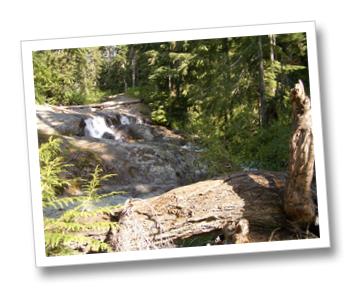 At about 2 1/2 miles, the valley ends and begins climbing up ~1300ft. The climb is enchanting with great forest and occasional waterfalls along the way. We weren't sure how crowded the camp sites would be and so were prepared the pack out by headlamp if no spots were available.

After a short while, the trail eases off and we arrived at Rachel lake. There were many camp spots here and all filled with tents!

Tip: As soon as you enter the Rachel lake area, look behind you. You'll notice a sign pointing to the trail on one of the trees. Remember this, as it can be confusing to find later as there are many paths leading down.

The trail to Rampart goes off the to the right, but for some reason we didn't immediately find it. We wandered through some bush and came upon a camp toilet before finding out way back to the trail. The trail steepens again – but not as steep as the one up to Rachel and soon opens up to pretty views of the lake.

Here is a panoramic view of the trail going up from Rachel lake towards Rampart Lakes:

On the way up we passed by a large waterfall where a large group of hikers had stopped to eat lunch. 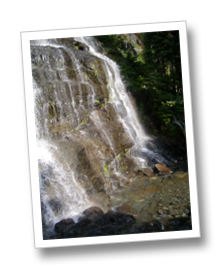 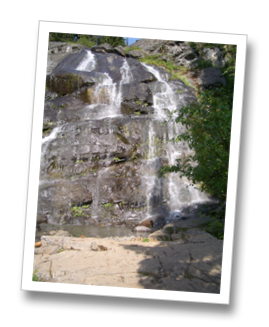 Soon enough and we arrived at the top where the lakes are. I was pleasantly surprised at what we found. Being so close to Seattle – I wasn't expecting anything too spectacular, but was shocked at how pretty it was up there. It's sort of like a little mini-enchantments area with lots of small lakes (some puddle-sized) all joined together dotted around the basin. 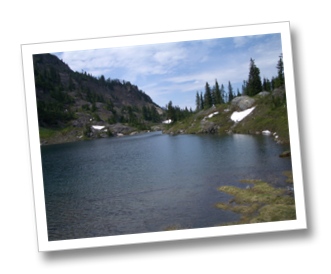 There were many places to camp – and even on this busy Saturday – more campsites than backpackers. A lot of folks made this a day-trip. The campsites, however, are somewhat hidden. The more obvious ones filled up – but if you wander around the lakes you will soon find many off the beaten track spots that are plenty good enough for camping.

We chose one right at the head of the big lake – on the only patch of dirt exposed from all the melting snow. The 'dirt patch' was quite soggy and saturated in water. Theresa had always wondered if the bottom of the Tarp Tent was truly waterproof or not. Tonight was the night to put it to the test.

The only downside to this gear-experiment was that, just like gear-heads, mosquitos also have a fondness for soggy dirt patches. We were clearly out numbered. After putting up our tents and eating lunch, lazing around in the sun wasn't really an option – the bugs were in huge force, and were quite unpleasant. We loaded up with bug-juice on our exposed skin and that kept them away – but they had no issues biting right through my shirt.

To pass some time we hiked over the snow fields to the back of the lakes – there we met a solo hiker coming up from another direction. She informed us that there is a less well known back-entrance that is a lot quicker to climb up – albeit somewhat of a bush whack. 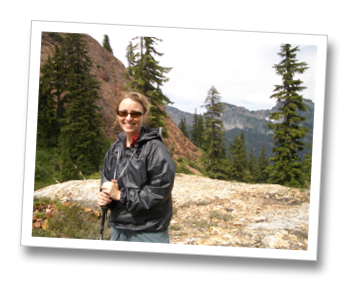 After dinner we tucked up in bed. Tonight was the night to test out another piece of gear. I was going to replace my comfy thermarest for a combination of a gossamer gear foam pad and Tylenol PM.

Day 2: I probably had one of the best nights sleep backpacking ever. I suspect it was more to do with the Tylenol PM than thin pad – but it really knocked me out. The thin pad really wasn't as bad as I thought it would be – and was as comfortable for me as the thermarest. Sold, goodbye thermarest – hello foam pad.

We packed up and hiked out early next morning. The Tarp Tent held it's own on the soggy wet marsh floor and Theresa was sold on the waterproof ability of the floor.

On the way out, we got some interesting early morning light: 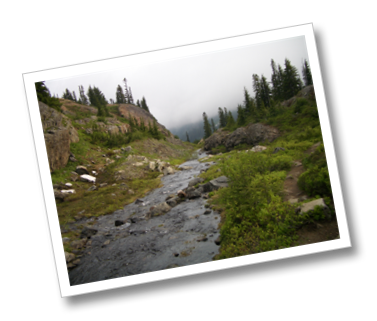 And back down in the forest we noticed a little flower that had taken up home inside the root of a tree. Theresa really liked it and so snapped this shot: 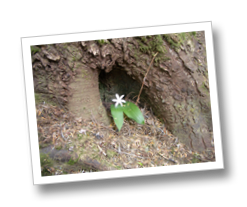 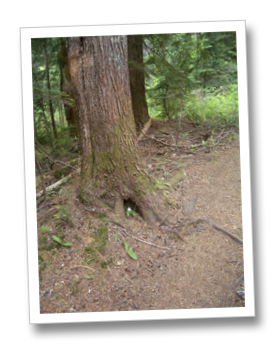 All in all – a great quick overnight very close to Seattle. Aim for mid week if you can to avoid the crowds, otherwise start early.